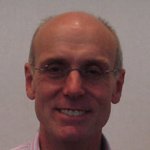 Alan worked in the field of educational building economics, design and management for most of his professional career before becoming co-founder and director of SE24. He strongly believes in the contribution that renewable energy can make towards a more sustainable and just society for future generations. He has lived in Herne Hill for over 30 years. Mark spent 25 years leading the Power and Utilities team in various parts of Price Waterhouse Coopers. He spent several years as a member of the DECC Expert Group advising on the new support structures for large scale low carbon generation. He retired from PwC in June 2013 but still advises businesses in the power sector as an independent consultant on economic, financial and contractual matters. He was born in South London and has lived here for over 60 years. He has been a Trustee of a local youth charity and Treasurer Governor of the local school which was the first beneficiary of the Whoosh charity cycle rides where he has been active from the start. The SE24 solar project allows him to combine his sector experience and technical skills with his local community focus with friends he has known for many years. 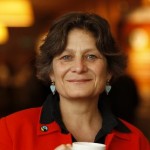 Harriet was formerly CEO of Fairtrade International where she worked to build Fairtrade in UK and globally for 15 years then CEO of International Alert a Stockwell based international charity which works worldwide to help local communities to find peaceful solutions to conflict. She now heads Ashden who encourage creative responses to climate change. She brings experience of running not-for-profit organisations, fundraising and communication skills and a passion for how each of us can all contribute social change. Her work has been recognised by being awarded a CBE, Credit Suisse Businesswoman of the Year and Cosmopolitan Eco-Queen! Her belief in sustainable energy is driven by hearing first-hand from farmers in the developing world about the terrible negative impact of climate change. Jim is an educational publisher and author. He was Editorial Director at Hodder Education. He lived in this corner of South London his entire working life for over 40 years. He is SE24 company secretary and also leads on publicity and communication with partners and investors. He has a passion for local organisation and community action. He  organises Whoosh – the annual Herne Hill based charity cycle ride that led to the foundation of SE24. He has seen the way that working together with others can make a difficult goal achievable and fun. 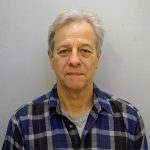 Paul is a seasoned energy sector professional with over 30 years’ experience across commercial, strategic, regulation/policy and business leadership roles. He has been a Director of SE24 since mid-2019. Having first joined the energy industry in 1982, he later spent 7 years with a leading firm of management consultants, leading and delivering projects for UK and international energy sector clients. Paul re-joined the industry in 1994 and worked for Centrica from 1997 to the end of 2019. Paul has been a Non-Executive Director and an Advisory Board member since 2017 at IRT Surveys, an innovative small business providing a range of energy efficiency services for residential and commercial buildings. He is also an independent energy consultant with a strong focus on the transition to Net Zero. 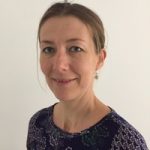 Laura has been involved in the community energy sector for the past five years, but has a wide and diverse background in sustainability. She is currently Head of Community at the energy transition charity Pure Leapfrog where she leads on projects that ensure local communities are a key part of the transition towards a zero carbon economy. At SE24, she has secured a number of grants that have enabled us to develop new projects and opportunities and helps build partnerships with other community energy groups in London. Originally from South Wales, she has lived in South London for 15 years. 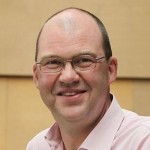 Colin has a successful track record in establishing and running social enterprises. He was Chief Executive & founder of Tree Shepherd, which promotes and supports enterprise in the UK’s most marginalised communities. He is the author of “How to Make a Million Jobs – A Charter for Social Enterprise”. Previously, he set up and ran GreenWorks, which employed marginalised groups, including homeless people & ex-offenders, and was the first business to recycle office furniture on an industrial scale. 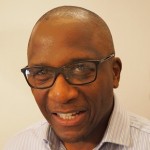 Eroll has been a building surveyor for over 30 years in the public and private sectors. In his previous local authority role he covered construction works in the SE24 area. In his current role as technical director at MLM he has been involved in approval for the large solar panel community energy projects on the Loughborough and Brixton Hill Estates. He has always been interested in sustainable construction and was an energy assessor producing SAP reports on energy performance of dwellings. 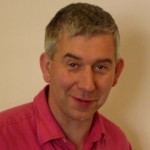 Paul has worked for more than 20 years on energy and climate policy at the Department of Energy and Climate Change and for three years was seconded to the British Embassy in Jakarta as Senior Energy and Climate Change Advisor, working on clean energy programmes in Indonesia. In addition to his knowledge of UK government policies on energy, he brings to SE24 his knowledge of the global implications of carbon emissions and the need to reduce them by the use of renewable energy and energy conservation. Margy spent 20 years trading agricultural commodities for multinational corporations before deciding to move into the non-profit sector. She now works on developing corporate partnerships for Pump Aid, a small international development NGO which sets up and supports small businesses in Malawi to provide sustainable solutions to exceptionally poor access to safe water and sanitation. She has lived in South London for 22 years and represents Dulwich on Southwark Council. She comments: ‘The planet needs to produce the same amount of food in the next 40 years as we have in the past 8,000 years, whilst the available area of productive land is fast diminishing due to pollution and climate change. That should be enough to scare anyone into action! Alex is a Master Mariner and retired merchant navy deep sea Captain. As he travelled the world he became aware of the adverse effects of fossil fuels and the benefits of renewable energy. He has developed a passion for solar energy and solar photovoltaic technology in particular. He is co-founder and first president of Orumba Community Association (UK & Ireland) dedicated to holistic development of the community. He lived in the SE24 postcode for 30 years. 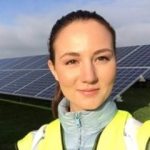 Nadia is Sustainable Futures Manager at South East London Community Energy (SELCE). She was CEE Young Champion 2019 with a wealth of experience from working with Community for Renewables CIC as a project coordinator, and the REA as a policy analyst where she engaged with industry and government to champion entrepreneurship and grow the renewable energy and clean tech sector. She runs our LEDing The Way! projects, and in her spare time likes drawing and outdoor activities. Will Shanks helps SE24 with financial modelling and general research. Will works as a carbon modeller for an environmental research consultancy, where he spends his time trying to work out how to decarbonise various parts of the economy like packaging production, residual waste treatment and university investment portfolios. Originally an SE22 resident, he grew up with climate change very much at the front of his mind, and was delighted to find like-minded locals trying to make things happen.